“The next suitable person you’re in light conversation with, you stop suddenly in the middle of the conversation and look at the person closely and say, “What’s wrong?” You say it in a concerned way. He’ll say, “What do you mean?” You say, “Something’s wrong. I can tell. What is it?” And he’ll look stunned and say, “How did you know?” He doesn’t realize something’s always wrong, with everybody. Often more than one thing. He doesn’t know everybody’s always going around all the time with something wrong and believing they’re exerting great willpower and control to keep other people, for whom they think nothing’s ever wrong, from seeing it.”

For me personally, if something triggers an “obsession,” I deal with a seemingly overwhelming sense of anxiety and dread (known as spikes) that I can’t seem to kick unless I go to battle with my own mind. I try to figure out if the thoughts mean anything about me while I search for 100% certainty that they don’t (an OCD trap). After these grueling sessions, likely out of sheer mental exhaustion, I am able to go about my day. In the past, I kept these mental compulsions very private, embarrassed of how I couldn’t magically control my own thoughts. I wondered if I was slowly going crazy. 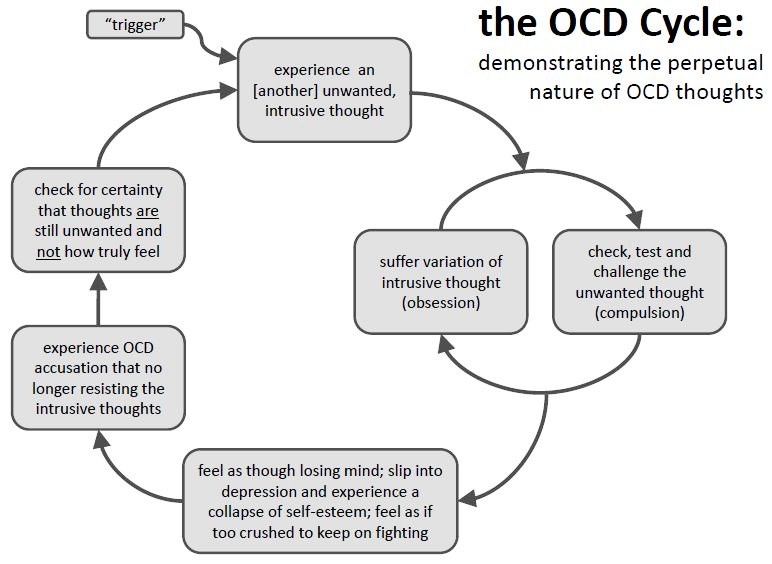